There were times when we had vultures in north India. Beyond their metaphorical abusive usage in language, they flew very high. They roamed freely in the bluish depths of undisturbed skies. Floating, their wings sprawled out, in utter peace and calm. They were too far and safe. They were detached, but as an earthling, you cannot ignore earth however high you can fly. Away from man’s reach—save some incidences when they crashed into man-made metallic birds—they floated free and landed only when there was something lying on ground with no more life, no more play in the hustle and bustle of things; something beyond the survival matrix of sweat and blood; something totally passive to the mucous throngs of life. And they swooped down, the scavengers from the skies.

They descended matter-of-factly. Cutting air with their sun-parched wings, coming to the world of we humans, to play their part in the natural scheme of things allocated to them. Beyond the bloody, brutal and sordid pulls of their pointed, hooked bills into the dead innards, they appeared self-effacing, modest scavengers going on their duty to help clean up the system. Even saintly with their sad, drooping eyes! I remember a whole fat, lifeless cattle turn into a skeleton in some odd hours, leaving no scrape of flesh around any bone, and no foul, rottening odor later on. The dogs took onto the bones, lost in the mirage of pacifying hunger from the deepest depth of a well where there might not be any water.

Then Diclofenac, a cattle medicine, came. The more the vulture did their duty for the dead, the more death did its duty on them. The vultures lost their skies. They got sick and fell from the sovereignty of their skies. One more entry to the increasing list of extinct birds. A very casual occurrence. So the skies became clear. Only mankind’s steel birds have a right to fly that high. So we don’t have vultures now. Only airplanes can go so high. The ethereal blue is calm and steeped in history. Of course the dead cattle need to be disposed off. The farmers bury these in shallow sand-pits. The dogs pick up the trail, dig out and chew on the sandy rot. And a huge cumbersome cloud of foulest odor clumsily reaches human nostrils to remind them of the species which is extinct now. Not too many mind though.

The dogs now go to the metalled road to meet their famous death, the much anointed dialogue, kutte ki maut, which is rarely natural. Death and its agent need not push themselves to grab their share on the road. It’s National Highway 334 B running through the densest rural and town settlements across central Haryana, starting from Western Uttar Pradesh, crossing Yamuna and going across Haryana from east to west. Till a year back it was just a district road. But then they suddenly changed it into a national highway without adding to its dimensions. It’s just a two-laned road without any lane divider. Heaviest to the lightest vehicles ply bumper to bumper day in and day out. And accidents happen rampantly.

The truckers have grabbed its link to Rajasthan and southern Haryana, with even more greed than a hungry vulture of decades. There is no toll tax on this link. It saves them 1200 rupees. This much money matters. Even the time it saves also matters. So human safely is lost in the smoke exhaust. Overloaded trawlers ply gleefully. It’s a journey of overs: overload, overspeed and overgreed. Transport companies put up rewards for the fastest drivers. In the mad rush, rules, regulations, care and concern take a back seat. And people die in road accidents. Almost daily there is a fatality. In a neighboring village, two brothers, one 17 and the other 19, going to their fields to prepare for physical tests for army recruitment, were crushed to death early one morning. The tragedy isn’t the odd one out. There are many. But they get buried into the tar under speeding, burning wheels.

The dogs too, knowing that there are no vultures, come under the heavy wheels to get crushed to a pulpy, well-ground meat. Even bones get ground easily; the vehicles are so heavy after all. Years back, when there were vultures, a dog hit by a vehicle, would be at least dragged to the roadside trench. Vehicles were sparse, wheels were smaller, and people had time to respect even a dog’s dead body and threw it into the roadside pit. Then the vultures would take up, efficiently, smoothly, surgically. Now right after the first hit, you cannot tell whether it was a dog, a cat or swine. Wheels are endless. It gets crushed within minutes, first to a juicy broth, then to dry sponge, the blood absorbed by the burning tar under hot wheels. It’s dry before you realize. The eddies of smoky wind let loose by tyres then puff away the last grains. It’s quicker than even the biggest horde of vultures. No man, possibly there is no need of vultures now. Metaphorically though vultures exist, thriving in fact, as we add to the haramzaadgi in us. 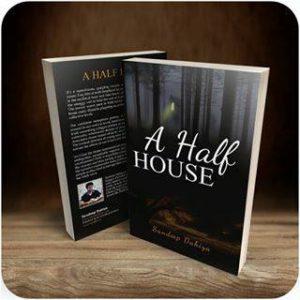 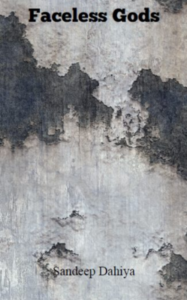 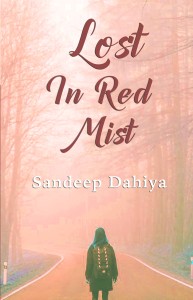 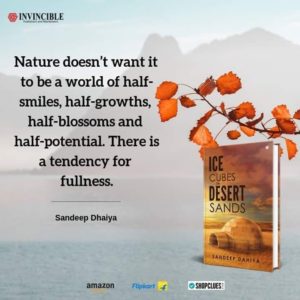